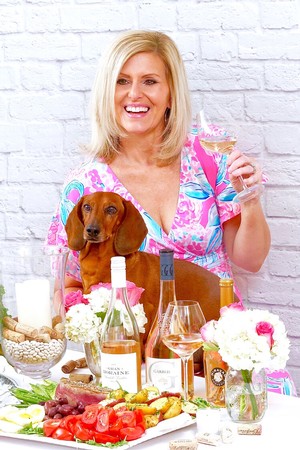 This month I’m thrilled to focus on the wines of California’s Santa Lucia Highlands. This under the radar AVA (American Viticultural Area) is deserving of lots of attention (which is undoubtedly forthcoming after everyone reads this!) and is best know for it’s exceptional cool-climate Pinot Noir and Chardonnay. While it’s best known wines can be somewhat pricey, I’m thrilled to share the 2019 Morgan Winery Double L Vineyard Riesling, an incredibly pedigreed, small production gem from one of the region’s pioneering families that is definitely worth seeking out.

WHO IT’S FROM: In 1982, Dan and Donna Lee opened the doors of Morgan Winery. Since then, Morgan has become one of the Central Coast’s most recognized labels, earning “Winery of the Year” honors from Wine & Spirits in 1996 and from the San Francisco Chronicle in 2003. Able to pick and choose fruit sources from around the state, Dan eventually turned more of his attention to the Santa Lucia Highlands and single vineyard releases. Dan and Donna invested in their belief in the Highlands with the purchase of the Double L Vineyard in 1996. Today the Double L is one of the best known vineyards in California. Dan’s leadership and expertise in the district led to his being named the first Board President of the newly formed Santa Lucia Highlands’ winegrowers association in 2005.

WHERE IT’S FROM: The Double L Vineyard is at the northern end of the Santa Lucia Highlands. Here the ultra-cool climate and porous, mountainside soils provide ideal conditions for growing world-class Riesling.

THE GRAPE: Native to Germany, the noble Riesling grape is the basis of some of the world’s most prized and longest-lived white wines.

WHAT TO PAIR IT WITH: This delightful Riesling is a natural match for spicy Thai + Indian cuisine (like our Gochujang Roast Chicken with Honey Lime Potatoes), shellfish + lighter fish dishes as well as fresh chèvre + triple-cream cheeses.